For over a decade patrons of businesses in Downtown Tucker have been consuming alcohol at tables on the sidewalks along Main Street. This was technically prohibited, but not enforced. The Downtown Tucker Master Plan, jointly funded by the City of Tucker and the Tucker-Northlake CID in 2020, recommended creating an entertainment district that would remove the prohibition.

The City Council approved the creation of an entertainment district in 2021 (Effective January 1, 2022). This enables those who purchase alcoholic beverages for consumption, from businesses licensed to serve alcohol within the district boundaries, to drink responsibly within the right of way. To help  businesses identify the boundaries of the district, the Tucker-Northlake CID requested an online map from the City and the Entertainment District Boundary map was published this month.

The following rules apply to the entertainment district: 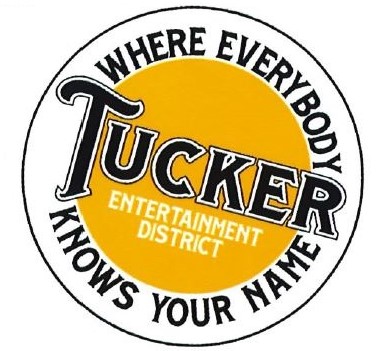 “On-street consumption” applies to streets, sidewalks, and alleys. It also applies to the site of the future town green being developed on Railroad Avenue. For more information see downtown entertainment district in the City of Tucker code.