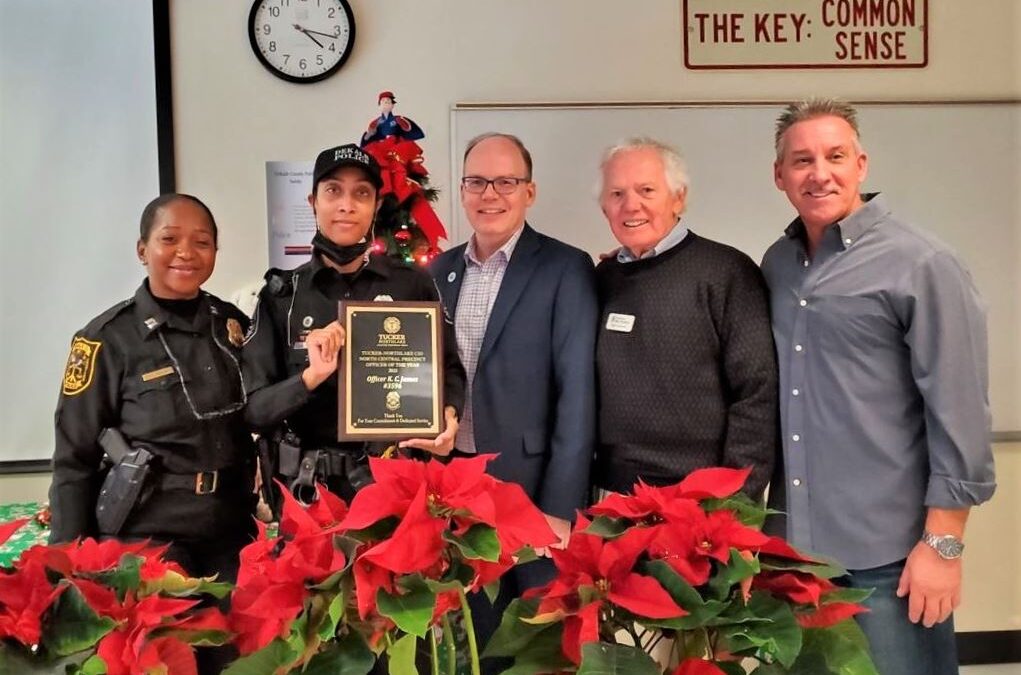 Earlier this week the Tucker-Northlake Community Improvement District (CID) provided a meal from Matthews Cafeteria for seventy-five officers and staff at the DeKalb County Police Department North Central Precinct. The CID has sponsored the precinct holiday luncheon for several years.

Awards were given to officers for their service including an award from the Tucker-Northlake CID to officer K.C. James. Over the summer Officer James took heroic measures and saved the life of a driver who was trapped in a vehicle on I-85, unresponsive, and with life threatening injuries.

The afternoon was spent hearing story after story of the lifesaving work these men and women do daily that never makes headlines.